The 30 Best High-Protein Foods for Metabolism—Ranked If you want to lose weight fast, your best bet is altering your diet. And adding more high-protein foods to your daily meals is a solid place to start, as the nutrient has been shown to rev your metabolism.

The Recommended Daily Allowance for men is 56 grams a day, while for women it’s 46 grams. That’s about as much as you’d get in 4 to 5 chicken drumsticks or two large hamburgers. Other ways to reach near those numbers: 2 ½ pork chops, 15 slices of bacon, or an 8-ounce steak. But that’s still not enough: In a 2015 study in the American Journal of Physiology-Endocrinology and Metabolism, researchers found that those who ate twice as much protein as the Recommended Daily Allowance had greater net protein balance and muscle protein synthesis—in other words, it was easier for them to maintain and build muscle, and hence keep their metabolisms revving on high. So even if you eat a burger for lunch and a couple of pork chops for dinner, you’re still coming up short in the protein department.

To help you reach your fitness and weight-loss goals, the researchers behind Zero Belly Cookbook uncovered and ranked these 30 best high-protein foods for metabolism.

What doesn’t wheatgrass offer for a mere 30 calories? Even a tiny dose of this packs fiber, protein, tons of vitamin A and K, folic acid, manganese, iodine, and chlorophyll, to name a few. You don’t need to know what each nutrient does for you; just know that a single tablespoon will have you operating at peak performance levels. So even if the protein count is low, you’ll last longer at the gym.

Plenty of studies have shown that grapefruit stands alone as a particularly powerful weight-loss food. One study in the Journal of Medical Food found that people who ate half a fresh grapefruit a day lost 3 ½ pounds in 12 weeks despite making no changes in diet or exercise. And pair it with green tea, as part of the 17-Day Green Tea Diet. Its metabolism-boosting compounds, called catechins, increase metabolism and speed the liver’s capacity for turning fat into energy.

You may think of flax for its fiber content and rich omega-3 fatty acid profile, but flax is actually a potent protein source as well. Two tablespoons of the high-protein food gives you 2 grams of muscle-building protein as well as 4 grams of metabolism-enhancing fiber.

Mix some cocoa powder into your smoothie for a boost of more than just flavor. In addition to delivering a gram of protein for every 12 calories, it will also give you 4 grams of fat-burning fiber and 20% of your daily value for the essential muscle-making mineral manganese.

The big, blue, gnarly looking squash that shows up every autumn harbors a secret stash of metabolism-boosting protein. The seeds alone deliver 8 grams of protein per ¼ cup once you’ve roasted and salted them, but the squash meat itself will supply another few grams. Spice it up with cinnamon and serve it as an alternative to sweet potatoes.

They look like runaway crabcakes from a cocktail party, but falafel, one of our best high-protein foods, are little balls of chickpeas and herbs that deliver a gram of protein for every 25 calories.

Like pomegranate, passion fruit delivers a surprising dose of protein thanks to its edible seeds; a half cup also gives you 12 grams of fiber and more than half a day’s vitamin C.

Like all legumes, peas are great sources of protein. But you can get an additional boost from sweet peas, the kind that come in their own edible pods (also known as mange tout). Eat them raw or steam them and top with a dab of butter and some sea salt, or use them in soup recipes. You’ll get a gram of protein for every 15 calories you consume.

This bitter cousin to your bland, boring broccoli has one of the highest protein-per-calorie ratios in the plant world: 1 gram of protein for every 8.7 calories. A serving will give you 3.3 grams for just 28 calories—that’s more protein than a spoonful of peanut butter.

High in healthy monounsaturated fats, avocados, one of the essential superfoods, also deliver a surprising dose of protein. Another reason to make guacamole your go-to appetizer.

You may know about the protein packing power of Portabella mushrooms because they show up in place of burgers at some restaurants. But most mushrooms deliver about 4 grams of protein per serving, for less than 40 calories. They’re also a great source of selenium, a mineral that’s essential for proper muscle function.

This ancient grain saddles you with less than 5 grams of carbs for every gram of protein, about what you’ll get from its more highly publicized cousin, quinoa. Spelt and amaranth deliver similar benefits.

You may not think of fruit when you think of protein, but pomegranates stand out as protein powerhouses. The reason: The protein is stored in the seeds of the fruit. Don’t make the mistake of thinking that Pom Wonderful will give you the same benefits—it’s full of sugars.

For a mere 113 calories per cup, soba noodles slip you a nice bit of protein for a relatively low 24 grams of carbs.

In addition to its 4 grams of belly-filling fiber, a cup of oatmeal delivers as much protein as an egg.

Two-thirds of the egg’s protein is in the white, but don’t skip the yolk: Egg yolks are the single best dietary source of the B vitamin choline, an essential nutrient used in the construction of all the body’s cell membranes. Choline deficiency is linked directly to the genes that cause visceral fat accumulation, particularly in the liver. Yet The Dietary Guidelines for Americans 2015–2020 specifically identified choline as one of the nutrients Americans don’t get enough of (the daily recommended intake is at 425 mg for women and 550 mg for men), Nutrients reports. Eggs are a key part of Zero Belly Diet and the Zero Belly Cookbook where test panelists lost up to 16 pounds in 14 days!

Perhaps the very best thing you can dip a chip into, hummus delivers a gram of protein for 36 calories. Made from chickpeas and olive oil, it’s as healthy as a food can get.

They may be French, but green beans will keep you lean with a solid gram of vegetable protein for every 18 calories you consume.

All nuts are high in protein, but pistachios may have additional metabolic powers, making them one of the best-ever high protein snacks. A study in the journal Nutrients looked at 60 middle-aged men who were at risk for diabetes and heart disease. They gave the two groups similar diets, except that one of these groups got 20 percent of their daily calories from pistachios. The group that ate the pistachios had smaller waists at the end of the study period; their cholesterol score dropped by an average of 15 points, and their blood sugar numbers improved as well.

Spirulina is a blue-green algae that’s typically dried and sold in powdered form, although you can also buy spirulina flakes and tablets. Dried spirulina is about 60 percent protein and, like quinoa, it’s a complete protein, meaning it can be converted directly into muscle in the body. A tablespoon delivers 8 grams of metabolism-boosting protein for just 43 calories, plus half a day’s allotment of vitamin B12. It’s a great option if a blended vegan protein isn’t available.

The king nut when it comes to protein is the humble peanut, when you want to lose belly fat. In fact, it tops pecans (2.5 grams), cashews (5 grams) and even almonds (8 grams) in the protein power rankings. Peanuts are also terrific sources of the mood-boosting vitamin folate.

Think of beans as little weight-loss pills, and enjoy them whenever you’d like. A study presented at the Experimental Biology conference found that people who ate a ¾ cup of beans daily weighed 6.6 pounds less than those who didn’t, even though the bean eater consumed, on average, 199 more calories per day. Part of the reason is that fiber—from beans and whole grains—helps our bodies (okay, actually the bacteria in our bodies) produce a substance called butyrate, which deactivates the genes that cause insulin insensitivity.

Once known as Forbidden Rice because only emperors were allowed to eat it, black rice is one of the hottest new food trends, and for good reason. It’s higher in protein and fiber than its cousin, brown rice. 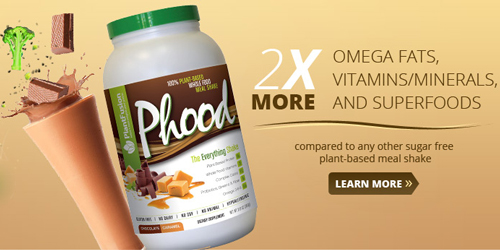 Rye is the grain they make pumpernickel from, but it’s also an oft-neglected superfood. Try substituting it for rice (though you’ll need to cook it longer) for a super-potent vegetarian protein side dish, and sprinkle with chia seeds for an extra boost.

Traditional wheat pasta is a pretty solid protein player, with 7 grams per serving. But upgrade to Banza pasta, made with chickpeas, and you’ll double that number, while also enjoying 8 grams of fiber and only about half the carbs of your average pasta dinner.

Mas macho than its softer cousin, tofu (which can lead to man boobs), tempeh is made from soybeans, rather than soy milk. As a result, it’s closer to a whole food and keeps more of its protein, about 50% more than tofu.

More and more research is showing that when we add plant proteins to our diets, our bodies respond by shedding fat. In a study in the Journal of Geriatric Cardiology, researchers discovered that patients who ingested higher amounts of vegetable protein were far less susceptible to being overweight and having a high risk of diabetes and high cholesterol. That means eating whole foods from vegetables—and supplementing with vegan protein powder—is one of the best ways to keep extra weight at bay. A second study in Nutrition Journal found that plant protein intakes may help prevent obesity.

Often overlooked in favor of its two closest nutritional competitors, tuna and salmon, halibut is a delicious, firm-meat white fish with a very low level of contaminates. It delivers a gram of protein for every 4.5 calories. Snapper, perch and cod are also high-protein fish. (And they’re helpful when trying to get your, um, fish to swim upstream.

Mightier than its cousin the chicken breast (which delivers a mere 16 grams for the same serving size), turkey is protein potentate of poultry.

Pork and beef run about neck-and-neck when it comes to protein. But what we love about pork loin is that it cooks so nicely in a slow cooker, barbecued on low heat, or roasted in the oven—methods you should use more often. When you cook meat at high temperatures, and that includes beef, pork, fish, or poultry, chemicals called heterocyclic amines (HCAs) are produced. According to a study in the American Journal of Clinical Nutrition increased intake of HCAs causes changes to our gut microbiota that increase our risk to colorectal cancer. Consider slow cookers or long, languid barbecues the healthier alternative to pan-frying or grilling.

Your Skin is a Reflection of the State of Your Gut!

Proteins | The Workhorse Of Our Bodies 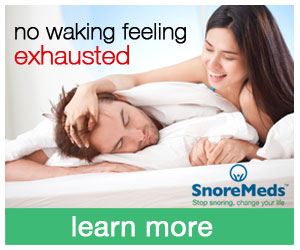